Recently, our President and CEO Paul Leonard, was interviewed by the Financial Post.  Paul spoke about the bank's plan for 2021 and how we are helping the Chinese-Canadian Community with their banking and financial needs. Below is the entire interview.

The chief executive of Wealth One Bank of Canada says the Chinese-Canadian-focused financial institution is aiming for profitability within a year, a plan that comes as the lender has seen signs that the political climate in China has some clients considering shifting assets to Canada.

Toronto-based Wealth One opened in 2016 intending to cater to the Chinese-Canadian community, which it does both online and in the Greater Toronto and Vancouver areas. It so far lends to about 700 customers and has approximately 7,000 deposit accounts, CEO Paul Leonard said in a recent interview.

The privately held lender, however, has yet to reach the critical mass required for profitability, according to Leonard, with data from a federal banking regulator showing Wealth One took a loss of nearly $2.9 million for the first half of 2020. Still, the bank set a break-even target of around $500 million in total assets, such as mortgages, and had hit approximately $375 million as of the end of October.

Wealth One is now confident it will pass that milestone within the next 12 months, said Leonard, who was announced on Oct. 22 as the bank’s new president and CEO.

“A new bank starts off with zero assets and an employee complement,” he said. “And then the objective is to grow the bank in a profitable fashion so that it can reach break-even.”

The lender’s focus will also continue to be on its “raison d’être,” Leonard said, which is banking for the Chinese-Canadian community and new immigrants. Those newcomers may have a solid net worth, just not the kind of proof of income or credit ratings that domestic lenders may prefer, he said.

“That’s typically the experience that we have, is that we’re dealing with people that have very, very good credit quality at the end of the day, but have come to us because they’ve been turned down their first time at a big bank,” Leonard said.

Wealth One is also trying to grow amid strained relations between Canada and China following the arrest of a Chinese telecom executive in Vancouver two years ago and the subsequent detention of two Canadians in China. The Chinese government has also been denounced for the harder line it has taken with Hong Kong, which included imposing a new national security law on the city.

While Leonard said Wealth One hasn’t really been affected by the geopolitical headwinds generated by the Huawei issue, as it is a Canadian-owned bank whose business is focused in Canada, the developments regarding Hong Kong could be having an effect on immigration and the financial decisions being made by newcomers.

“I suppose what we have seen over the last couple of years, and this is anecdotal, but it’s conversation with the people that we lend to, is they’re looking at moving more of their assets into Canada than they might otherwise have done, maybe on a more accelerated schedule than they may have intended in the past,” Leonard said. “I think it’s actually what’s going on in China itself that’s more of a driver.”

Leonard said his relationship with Wealth One goes back to 2013, when he helped with its business plan, and he joined the bank in 2018 as its chief financial officer. Prior to that, he was CFO of CFF Bank, which was acquired by Home Capital Group Inc. in 2015. He was also the founding chief financial officer of ING Direct Canada, which was bought by the Bank of Nova Scotia in 2012 and renamed Tangerine.

In other words, Leonard has experience in trying to run a “challenger” bank that competes with Canada’s Big Six, which dwarf lenders such as Wealth One.

But running a smaller financial institution can come with some growing pains.

Early on, Wealth One, which has had a handful of CEOs in its short life, became embroiled in a political controversy after the bank’s founder, financial-advisory firm president Shenglin Xian, went to a fundraiser that was attended by Prime Minister Justin Trudeau. At the time, Wealth One was awaiting regulatory approval to begin doing business, which it eventually received.

Leonard called it an “unfortunate incident” that the bank and its shareholders have learned from, and don’t expect to repeat.

Now, the game plan for Wealth One includes aiming its marketing efforts at digital channels, such as WeChat, which are popular in the Chinese community. It also includes expanding the savings and investment side of its business and forging new partnerships, such as with alternative mortgage lenders.

“That has really helped us begin to accelerate the kind of growth that we want in the kind of products that we offer,” Leonard said.

WealthONE Bank of Canada is a Member of the Canada Deposit Insurance Corporation (CDIC). Your deposits are eligible for CDIC insurance.

Why WealthONE
Our Story
Banking with us
Leadership & governance
News
Legal 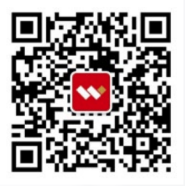